The Hunna - The Hunna 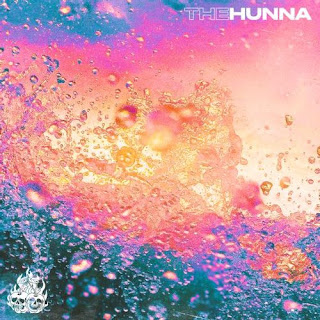 Life, as Ronan Keating once sang, can be a bit of a roller coaster but if that's the case for your average Joe then the Hunna have been riding without a safety bar, naked and juggling with hand-grenades. Their tumultuous career, however, has brought them to this point which is the release of their latest album and 'The Hunna' is fucking outstanding. Opening like a re-imagined soundtrack to War of the Worlds or Terminator, 'The Storm' is all atmospheric electro sweeps and processed beats but the distant wail of distorted guitars grows closer as a sign of things to come. And come they do.

Recent single 'Trash' bursts in to life with a sound that is part Reuben, part Dinosaur Pile-Up and part Span which makes for a huge sound and a catchy melody to boot. The low bass rumble of 'Fugazi' keeps the energy going but with a more dark and menacing edge a la Sick Joy at their most deadly. 'Find A Way Out (Back To You)' is the kind of radio friendly rock ballad that will go down well on US radio and 'Circles' retains that vibe with the kind of sound that you might expect from Hoobastank.

On 'Other Side' the band of brothers take us for a night drive through the city with driving beats and relentless guitars before 'Take A Ride (Lights, Camera, Action)' brings back the searingly sharp guitars for a more direct hit. 'Sold My Soul' has a reflective and cinematic vibe while 'Sick' builds with the slowest of slow burns in to guitar heavy crescendo that was written for the closing scenes of a emo-rom-com. The punchier punkier sound of the early tracks is back on 'You Can't Sit With Us' with as beefy a bass line as you're likely to hear in 2022 (or 2023 for that matter). 'Apologies' swaggers in with a guitar and drum combination that is too sexy for your shirt and the whole song sounds like a British version of Everclear bashing out a stadium anthem.

We enter the home straight with 'Untouched Hearts' moving from Nirvana-esque introspection to an explosion of raging guitars and fraught vocals. The album closes out on 'The Calm' (see what they've done there?) but it is anything but calm as the waves of guitars and drums crash against your ears leaving you drenched and salty. This is a huge sounding rock album that will appeal to those that like their melodies at the front as well as those that like their riffs big and chunky. The roller coaster continues and I, for one, can't wait for the loop-de-loop.