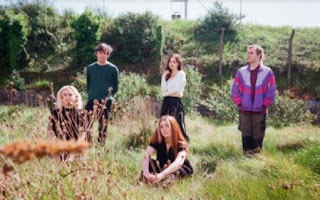 A throbbing bassline, strung out beats and a menacing vibe combine to create a truly attention grabbing introduction to 'Desperation', the latest single from Irish outfit M(h)aol. The dead-eyed vocals and general intensity work perfectly with the visuals and pithy two minute length in providing a sinister and chilling calling card that will have everyone sitting up straight in anxious anticipation - those that are paying attention, that is. Woe betide those that aren't paying attention.