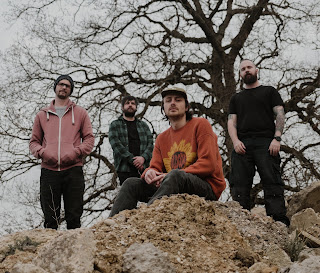 Surrey's pretenders to the Grunge-Pop throne, Dude Safari, are releasing new single 'Treading Water' at the end of the month and it's a crunching beast of a song. With guitars that remind me of Dinosaur Pile-Up and the kind of drums that would normally be found on a rock record, Dude Safari have gone and got themselves 'swole' as the gym-kids say. However, much like a Hollywood make-over movie, this steroid-charged beast still beats with the heart of an awkward grunge nerd and that's what makes this such an endearing and catchy track. There's an album in the pipeline as well which is exciting news but this release should keep you going for now.