Jamie Lenman - Television Is Not Your Life 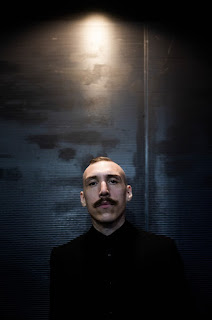 I worry, sometimes, that Jamie Lenman is one of those artists that will never be fully appreciated in his lifetime by the 'mainstream' but then I think "screw it, he seems happy, let him do his thing" and go back to sleep. And when 'his thing' sounds as good as new single 'Television Is Not Your Life' then you just have to let the guy get on with it and bask in the glory of it all. The driving beat and throbbing bass line get things going with trademark menace and then that familiar voice with the opening line; "Is it just me or do people speak like their recieving their script each week?" The grinding guitar joins and the double-tracked vocals add some depth as Lenman rails against the obsession of the world with trying to live vicariously through television and keep up with its ridiculously exacting standards. There's a tour this December and if you can possibly get to a show then you really ought to - I missed my chance once and I regret it on a daily basis.