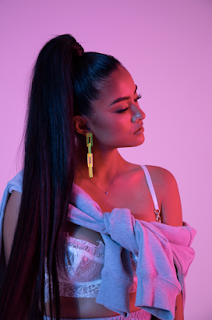 Release Date: Out Now
This is a beautifully laid-back soul number with lusciuos guitars and the kind of beat that hits you right in the hips, slow and low. Yas has teamed up with Taylor From Earth to create a slow jam that could easily be Ariana Grande and Bruno Mars on 'Fool Around' as the pair's vocals snake around each other like small plumes of smoke. The video features some amazing choreography that works amazingly well with the music as they tackle issues of one side of a relationship not being as invested as the other but not in the way you might expect.
More information: https://www.instagram.com/yasmeenx/
Watch the Video: