Logan Lynn & Bitch - Standing In The Way Of 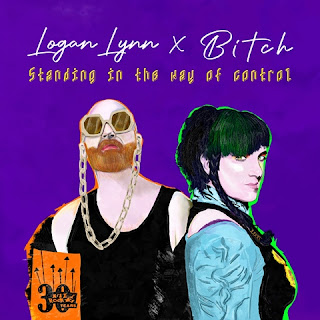 Release Date: Out Now
I don't, on the whole, go for cover versions. However, sometimes there is a new, fresh take on a song that uncovers the essence of the original art and that is exactly what we have on this version of the Gossip classic 'Standing In The Way Of Control'. Logan Lynn and Bitch team up to uncover the metronomically beating heart which is thumping at the core of this electro-disco beast. Lo-fi vocals maintain the raw, garage-punk vibes but then the 8-bit melodies take this to a new, digital place that you've never seen before. Oh, and there's a violin solo, jumpsuits and sweatbands involved in the video, and the interplay between male and female vocals. Bravo.
More information: https://www.facebook.com/LoganLynnPDX
Watch the Video: