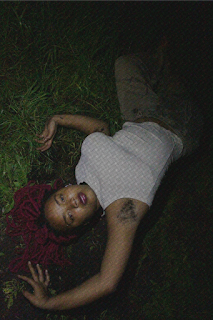 I don't know who's idea it was to mix soulful, intimate vocals with woozy, trip-hop inspired music and beats but it was a good day for that person. FEEO may well be the genius behind this direction and the exceptional debut four track EP 'Feels Like We're Getting Older Doesn't It?'. Opening with 'Memento Mori', there are clear Jazz influences in the playful piano melody but the atmospherics that swirl all around and FEEO's dreamy vocal help you to drift away completely. 'Blue River Running' initially feels like a mainstream 90s R&B ballad but those vocals add a Nina Simone quality and the beats skit in and out like a moth repeatedly burning itself on a bright light bulb.

Title track 'Feels Like We're Getting Older Doesn't It?' breathes heavily with a wheezy melody that allows FEEO's late night stream of consciousness to trickle over  like honey from an overflowing pot. The final track on the EP is 'End Song' which has a more upbeat and direct vibe despite some fairly disconsolate lyrics focusing on the current and future states on of our society. FEEO is one of those rare talents that comes along, unfiltered and unfettered, with a clear focus and direction which you'd be made to resist. Mad I tell ya.