THEY FELL FROM THE SKY – SINGLE REVIEW

They Fell From The Sky – Dry (SaySomething 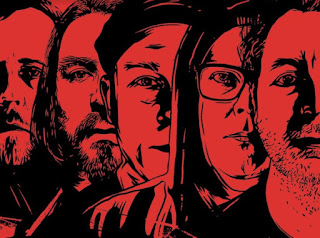 I’ve been sitting on this one for a while now but it’s time to unleash this British rock supergroup on this little corner of the world. They Fell From the Sky is the hook-up between Colin Doran (Hundred Reasons) and Jason Bowld (Pitchshifter and Bullet For My Valentine) which has produced debut single ‘Dry’. Along with the rest of the band, these two create an almighty rock noise which hits harder than a steamroller fired out of a circus cannon. Doran’s vocal is unmistakable above the wall of sound, taming the band to produce a melody to wrap around metal fist like the blackest velvet glove. A best of a song from a many-headed beast of a band.