Dramatis – A Torment of Angels 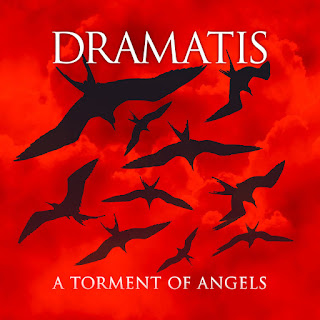 Dramatis is the new musical vehicle of Rrussell Bell and Christopher Payne and this release is a wave of synthy 80s gloriousness. ‘A Torment of Angels’ mixes the electronic orchestral manoeuvres of Jean Michel Jarre before moving in to a darker, more dramatic space that is somewhere between Simple Minds, Sisters of Mercy and the Lost Boys soundtrack (sans saxophone solo). The thundering drums are an absolute delight, the doomy vocals almost negate the need for a bassline and the gothic inspired lyrics of “Nothing can tear you apart like a torment of angels, nothing can rip out your heart like the torment of love” are like wallowing around in the blackest of treacle during a thunderstorm. At night. If you’re after something to match the darkening skies hanging over the world at the moment then this might just be your soundtrack.