Interviews with Apollo 18 and Galaxy Express 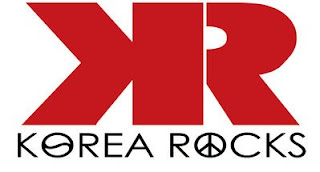 Watch out, the Koreans are invading! And they're bringing guitars. But don't worry, they're from the sexy South not the naughty North. At the end of April, the Korea Rocks tour is rolling in to the UK with four of South Korea's finest rock and indie exports to whet your appetite and tickle your fancy. LWM caught up with the bands via the wonders of the internet to find out a bit more about them before they hit these shores. 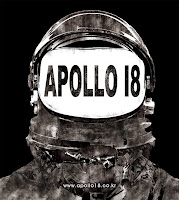 First up are Apollo 18, a trio of young men who make an ear-bleedingly sublime noise that is instantly infectious, superbly structured and largely lacking in vocals. Mixing grunge with elements of prog and hardcore, Apollo 18 can be understood in any language as long as you're prepared for a wall of noise and some serious rock action. On the eve of their first UK tour, Bassist Daeinn Kim was keen to tell me of the band's excitement, "We’re really excited!  We’ve toured overseas in Japan, Taiwan, the United States and Canada before and all were fantastic experiences.  We’re really looking forward to meeting new people, seeing new places, and experiencing a different culture. Gigging abroad is a challenge for most indie bands around the world because of the costs that are involved. Language and cultural issues can also be a bit challenging at times.  But when international tours finally come together, they are amazing.  There are lots of great people to meet and talk with all over the world, and lots of delicious new beer to try".

With Britain's musical heritage so often touted as one of its most successful exports, you would expect any visiting band to have a list of influences as long as the Thames, "[If British music has influence me] then I think it is just a little.  When I was young, I liked bands like Led Zeppelin, the Sex Pistols, and Radiohead.  But I don’t think they have had much impact on the music we make as Apollo 18. Each member of our group listens to a lot of different music including rock, blues, electronica, pop, metal, punk, etc.  Personally, my all-time favourite band is Nirvana". Right, then. Surely there must be some musical venues or sites that you would want to visit though? Abbey Road? The Cavern? Camden? " I’d love to go a gig at Stonehenge!  I think it’s such a beautiful and mysterious place.  Playing there would be awesome, but I’d settle for just the chance to visit and see it in person.  I’ve wanted to go there since I was a child.  I hope we can squeeze time in during our UK tour to stop there". Considering the spacey and psychedelic elements in between the giant slabs of rock these guys serve up, a gig at Stonehenge wouldn't be a bad shout actually. Although I'm sure the druids might have something to say about it! 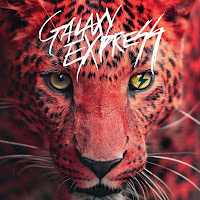 Galaxy Express are another trio straight outta Seoul bringing their sound to the UK for the first time. Their sound is more balls out rock'n'roll than Apollo 18 in the vein of Motley Crue or Buckcherry with big riffs and screamed vocal harmonies that just make you want to drive fast cars and drink dirty whisky (but not at the same time, stay road safe kids). Guitarist Jonghyun Park was in chatty mood about the forthcoming visit to this sceptred isle, "We just finished a month-long American tour two weeks ago.  Our schedule is kind of tight with these two tours taking place so close to each other, but this is a great opportunity so we’re really happy.  We're fans of the other bands on the Korea Rocks tour, so it's going to be really awesome to tour in the UK together with them. We listen to a lot of British bands like the Beatles, The Rolling Stones, the Sex Pistols, Black Sabbath, and Led Zeppelin. We’ve been influenced by a lot bands like The Stooges, MC5, the Sex Pistols, Led Zeppelin, T. Rex, the Ramones, Rancid, Nirvana, and Korean acts like Crying Nut, Sanullim, and Shin Joonghyun". Two bands in and I'm already tempted by a trip to check out some rock'n'roll Korean style (no, not Gangnam Style) "Korea’s indie music scene is small, but there are a lot of really good bands here.  I think all bands in Korea need to keep pushing ourselves to be better musicians and to keep making good music.  I think this will help other parts of the world take greater notice of the cool things that are happening here. We just want peace in Korea.  It would be awesome if one day there was just one Korea and our band – and other groups, too – could do full Korean tours and share rock music with people across the southern and northern parts of the country". You can't argue with that really can you? After all, you can't play guitar with nuclear arms.

So that's two out of four bands revealed for you. Have a listen to their stuff and check back soon for part two. From what I hear, the quality of bands is just as strong...