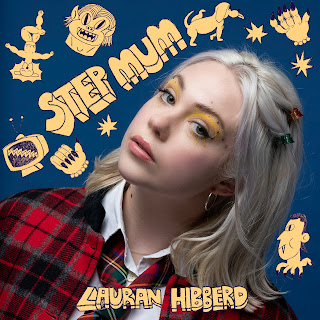 The big and, wait for it, highly anticipated debut album from the excellent Lauran Hibberd is dropping in August but there's still time to squeeze in another single before then. 'Stepmom' is two minutes of super perky indie-pop with a skater heart which is what we've come to expect from Hibberd but there's a heavy punk centre to this as well which drives this one forwards at 100mph. This is a whirlwind of a tune that sits somewhere between Bis, Dweeb, Midget and Shampoo which is, frankly, awesome. Now bring on the album, I want to drive around with it blasting out of my car to freak out the squares.