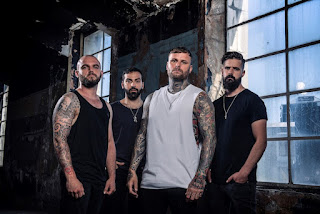 Rock is the order of the day on the new Kris Barras Band single along with a side of tattoos and beards. Despite the title, 'Dead Horses' has little or nothing to do with the glue industry but the bone shaking drums, jet propelled riffs and gravelly rock vocals will stick with you from the word go (see what I did there?). This is Bon Jovi but heavier, Aerosmith but younger or some mighty collaborative track from Foo Fighters and Daniel Steer. There's a big ol' guitar solo, a moody breakdown and pretty cool looking video to go along with the tune which all bodes well for the mammoth amount of tour dates they've got coming up.