THE DAN THE D - SINGLE REVIEW

The Dan The D - Dang, The Robots 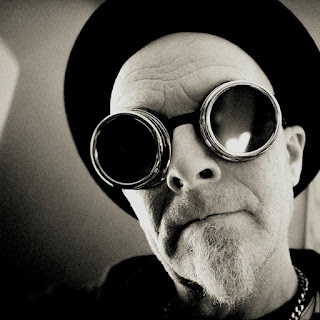 The Dan The D (aka Dan Donovan) hits the ground running on new single 'Dang, the Robots' which comes out as a taster for new album 'Bat Beats'. As you might expect from his steam punkish press shot, The Dan The D is more than a little of the wall as he sings his alt-punk songs in a foil covered army helmet ranting about the seemingly relentless creep of technology. If you like your musical Venn diagram to cross over on the likes of Iggy Pop, the Clash, Never Not Nothing and the Black Keys then The Dan The D will be right up your street - probably shouting through a megaphone and waving a skull topped walking cane in the air.