THE B OF THE BANG - ALBUM REVIEW 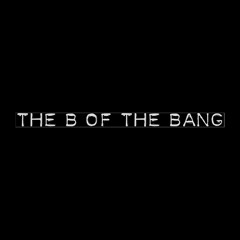 Porstmouth ensemble The B Of The Bang were one of my favourite bands back along but then, well, then they went and disbanded leaving a big old hole in my life. There were stories though, legends some might say, of a missing album that had yet to see the light of day - this is that album and it is so worth the wait. Before we delve in, I should be clear that the band are not getting back together other than for a recent benefit gig so if you're starting off point is this album then you're going to have to work backwards from here.

This eponymous album opens with the typically theatrical 'Thames Frost Fayre 1814' which lumbers in to view with a slow piano bass melody and cello accompanying a whispered vocal, emerging in to a song that would fit perfectly on the Handmaid's Tail soundtrack. 'Modern Latin' by contrast is more uptempo and purposeful as the indie-rock energy is bolstered by horn blasts and urgent percussion to create a real strutting, swaggering vibe. The delicate and almost mornful tones of 'Reenactment' are perfect for wallowing in luxuriously on a damp day while 'Anybody's Guess' broods with menace and a sense of confidence that is not only infectious but also intoxicating.

It is the ability of The B Of The Bang to switch between the morose and the magnificent with a flick of the cane and tip of the top-hat in a way that is redolent of A Clockwork Orange if they opened a circus themed on the controversial movie. The sprinkled menace of 'All Our Days Are Wasted' is the perfect example of this talent as the song builds slowly with cinematic power and a hint of the National to reveal a stark beauty. I had hoped that 'Kicked In The Head By A Horse' would be a dance remix of that Nigel Farage crank call on LBC but it turns out that it's more a Tom Waits inspired descent in to a personal hell full of furious noises and paranoia.

'From Caterpillar To Butterfuly To Catterpillar Again' opens with a gorgeous, soulful key melody before the twin vocal harmonies carry the tune forwards and, before you know it, you are soaring above rolling hills and glassy lakes in a flight of cinematic glory. There's a country and western vibe to the rattling bones of 'Hang'd In The Street' while 'Raise High The Roofbeams, Carpenters!' is a six minute odyssey that meanders and stumbles but never changes direction, determination or its sense of fight - glorious purpose, indeed.

The stabbing, jerky piano of 'Little Mistake' brings that Tom Waits influence back again but the beat is more Kraftwerk, hinting at what might have been a new direction to explore for a band so full of ideas, emotion and raw power. I genuinly mourned the loss of The B Of The Bang like the break up of a significant relationship that I didn't see coming, so this album feels like a proper chance to say goodbye. I know we'll never get back together but at least we got to say our pieces and sign off with civility.