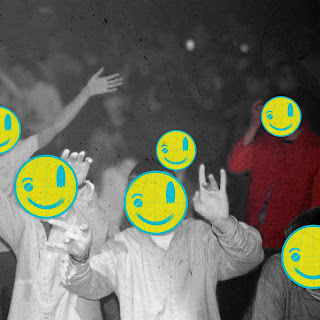 R U Init? are a music, art and fashion collective you draw their inspiration from the 90s which I love (because I loved the 90s) and hate (why are the 90s considered retro when I'm still living in the 90s?). My own internal conflict aside, however, the collective's new single 'The Raver (3am)' is an absolute banger and weaves a rich sonic tapestry from a number of influential threads. From the whistle blowing intro onwards there are nods to the Prodigy, the Shamen, KLF and a whole host of peak-90s rave artists all held together by a chest puncturing beat and sonic stabs that sound like strobes. If you lived through the 90s then this will be a trip, if you didn't then this is what the rave side of things sounded like if you put it in a blender and then snorted it off a copy of Loaded. I look forward to the Britpop output from this mysterious collective (which is probably just Alex James and Damien Hirst dicking about in a wing of their mansion).