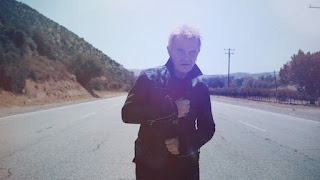 Well, Billy Idol eh? Not only is he back with his first new music in 7 years, he's back with a belter of a new single in 'Bitter Taste'. Ahead of a new EP in September, we find Idol in dark and introspective mood as he sings of driving to the edge of town, spitting at stars and opening himself up to reveal all his scars. If you'd told me this was a collaboration between Chris Isaak, late-career Johnny Cash and Trent Reznor then I'd have been happy with that explanation but there is that unmistakable Billy Idol sneer in here which gives the game away somewhat. "Hello, Goodbye, there's a million ways to die" he sings and if that doesn't tell you everything you need to know then I don't think you're ready for this yet.