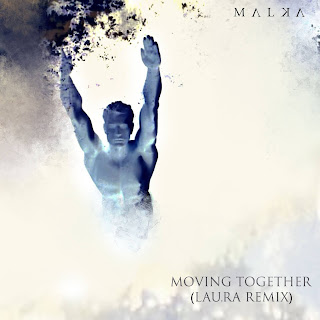 I don’t often review remixes, it feels like judging a meal based on a doggy bag, but then sometimes there comes a remix that stands up on it’s own two feet (like the way a curry sometimes tastes better the day after). This remix of Malka’s recent single ‘Moving Together’ has a Princess Superstar meets Soulwax vibe about the sampled vocal snippets and pulsating beat before Malka’s distinctive vocal joins in with a school yard feel. By the time remixer Lau.ra drops the glitchy melodics and sketchy beats this song is fully transformed into some sort of mechanically enhanced version of the original. The video is also excellent, featuring the visual manipulation of old footage of Malka in her younger years performing at gymnastics so props to Sedona for putting that together.