LISTEN WITH MONGER AT BLOGTOBERFEST 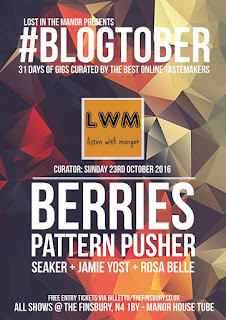 LISTEN WITH MONGER & LOST IN THE MANOR PR PRESENT

In 2012 London promoters Ravenous Promotions slipped in to a virtual coma after a few successful years supporting new music and generally being good to people. Before they completely went under, however, a child was ripped from the womb and that child was the music blog Listen With Monger. Now, four years later, having grown up in the safety of the Cornish south coast, Listen With Monger returns to London to avenge its comatose parent bringing reinforcement from the Westcountry. So, essentially, this is going to be like Kill Bill but with bands and booze. You in? Good cos it’s free entry and there are some cracking bands playing. Who? I’m glad you asked… 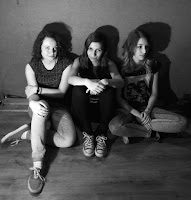 Holly, Lauren and Lucie form London trio Berries and between them they are creating a bit of a storm which is why they’re headling for Listen With Monger on this special, special night. A whole lot of rock, a twist of indie and enough nous to pay some attention to the melodies and hooks makes the Berries sound with more than a nod to the likes of Biffy Clyro, Belly, Reuben and Young Knives. A tonne of radio play and positive feedback from every blog, magazine or promoter that comes in to contact with these three means the future is bright but for now, right now, you can come and see them for free. You know what to do. 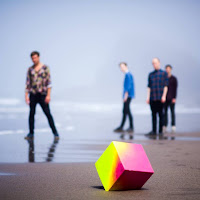 PATTERN PUSHER (https://www.facebook.com/patternpusher/?fref=ts)
Exeter’s Pattern Pusher describe themselves as Electronic Art Rock but that only tells half the story of these party starters. Sure, there’s craft and art behind what they create but, much like LCD Soundsystem, Transformer or Hot Chip, there’s the desire to have a good time and make people dance as well. There is a real style and flair about the noise that Pattern Pusher make but don’t think for one minute that this means they lack in substance, heck no. 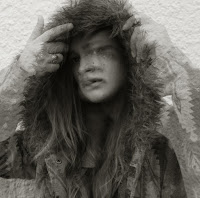 SEAKER (https://www.facebook.com/seakermusic/?fref=ts)
London based musician Kiran Hungin has been through a number of names, personas and direction changes but her latest vehicle, Seaker, seems to be hitting all the right notes and gaining all the plaudits. Guy Garvey is already a fan having given recent single ‘Romeo’ a spin on BBC 6Music and the legendary Clint Boon is also a big supporter. Come for the carefully crafted songs and stunning vocals but stay for the enticing murder ballads and poised alt-pop. 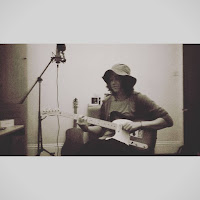 JAMIE YOST (https://www.facebook.com/jamieyostmusic/?fref=ts)
Devon singer-songwriter Jamie Yost has that rare thing in the acoustic world; a soul. So many string botherers have the ability to sing, play and close their eyes in pain/delight but what Yost can do is take you away to somewhere altogether more appealing. Although an accomplished songwriter in his own right, it was actually Yost’s cover of Jackie Wilson’s ‘Higher and Higher’ that piqued my interest with a sparse guitar accompaniment giving his voice room to soar. A real talent that just needs nurturing a little so, y’know, come nurture him. 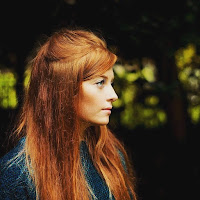 ROSA BELLE (https://www.facebook.com/musicrosabelle/?fref=ts) Splitting her time between her native Devon and London where she is honing her craft at BIMM, Rosa Belle is the very definition of an emerging talent. With a versatile voice and some delicate guitar playing, Rosa Belle has dipped her toes in the water of song-writing with a handful of songs and some excellent covers as well. Rosa Belle will be opening the night so order a glass of red wine, grab a seat and let yourself be swept away.

Scaramanga – Simple Love  Release Date: Out Now
Oh, how I love this tune. Glasgow duo Scaramanga (more bands should name themselves after Bond villains) have captured everything I love about electronic music on their debut single ‘Simple Love’. There’s the soul of Human League, the deadpan delivery of New Order and Electronic, the frenetic energy of Chemical Brothers and mixed in with the melodies of the Lightning Seeds just to keep this from being too far left of mainstream appeal. The melody is simple but hooky, the beat doesn’t quit and, wait for it, there’s only a bloody fade out ending. Love it, love it, love it.
More information: https://www.facebook.com/Scaramanga-band-111578030315034/

Cosmic Ninja – Break the Silence  Release Date: Out Now
Bristol collective Cosmic Ninja mean business from the get-go and if you’re looking for some high-octane alt-rock then you’ve come to the right place. The band’s new single, ‘Break the Silence’, starts out like Liam Howlett remixing a Royal Blood track before the vocals of frontwoman T.C. bring some order to proceedings and, honestly, that’s a lot to pack in to the opening few seconds. The chorus drops with an energy that is somewhere between the Automatic and System of a Down and it makes my heart ache for the days when you would be in the middle of a mosh pit feeling the bass drum vibrate through your rib cage. A rapped bridge and some angry but defiant lyrics makes for the kind of protest vibe that we need right now. Fists in the air, y’all.
More information: https://www.facebook.com/cosmicninjaband/
Live Dates:
31st July – Outcider Festival, Compton Martin 12th September – Jacs Aberdare, Aberdare 27th August 2021 – Watchet …

Janet Devlin – Confessional (Insomnia Music UK) Release Date: Out Now
For those of you that remember Janet Devlin from her stint on the X Factor, you may want to forget everything you thought you knew – this is a new project. ‘Confessional’ is a twelve-track collection that takes you through the ins, outs, twists and turns of Devlin’s life experience to date and it is well worth your time. The title track, ‘Confessional’, gets proceedings underway with a mixture of what sounds like a monk boy band and some celtic melodies before Devlin’s breathy but powerful vocals join. In terms of power and vibe, this reminds me of the first time I heard Alanis Morissette as the mixture of hooks and incisive lyrics makes for an intoxicating mix. We’re up and running.
‘So Cold’ has a more subdued feel as a lonely piano riff is swollen by strings until the beat eventually drops and you get chills. The forlorn strings of ‘Saint of the Sinners’ is dripping in the mists of the Irish sea while ‘Cinema S…

Dakar Audio Club – Dancing in the Moonlight
Release Date: 26th June 2020
I was slightly worried that this was going to be an ill-advised cover of the song that Toploader butchered back in the 90s but, fortunately, ‘Dancing in the Moonlight’ is an entirely original composition. Exeter based multinational collective Dakar Audio Collective blend their trademark Afrobeat melodies and rhythms with some glorious guitar work and subdued but hypnotic vocals. As ever with this lot, it’s hard not to get swept up in the energy of the song and if you’re not feeling the urge to dance barefoot on grass by the end of this then something has become dislodge between your brain and your ears.
More information: https://www.facebook.com/dakaraudioclub/

McHifi – Bunker To Bunker (Plastique Recordings) Release Date: Out Now
The press picture might suggest a couple of Sunday league managers watching their team lose for the twelfth night in a row but this is, in fact, something of a supergroup. McHifi is the new vehicle of David McAlmont of McAlmont & Butler and Hifi Sean of the Soup Dragons and ‘Bunker To Bunker’ is their debut release and it’s a moody little number. McAlmont’s trademark vocal soars as free as a bird through skies cleared of vapour trails and pollution but this is paired with processed beats and swathes of electronic melodies that keeps this anchored in an industrial world. Nevertheless, the layers of melodies do create a sense of soul and hopeful beauty that it’s hard not to fall for.
More information: https://www.facebook.com/mchifi/
Watch the Video: