Austria! Welcome to the party. I've been thinking of creating a map to mark off the music I get from all over the world and I don't think Austria has featured before so that would be a new pin. Tom Strasser is the Austrian in question and he has magic fingers - ladies beware, he'd probably be able to unhook your bra as quick as he could click his fingers. You see, throughout this album Strasser employs a finger tapping or hammering guitar style as used by the likes of Newton Faulkner and Jose Gonzalez to create some gorgeous sounding music. Tracks like 'Coffee and Cigarettes', 'One Of These Days' and 'How Do You Know?' show what can be done with an acoustic guitar if you move away from the limitations of strumming and picking. 'Take It All' is another great example of Strasser's abilities as he uses the guitar for both melody and rhythm. The politically charged 'Goldman And It Sucks' is a more melodic tune as the notes run from the guitar like Swallows in an early evening sky.

In a moment of obvious labelling 'Protest Song' does what it says on the tin and gives our hero a chance to flex his social commentary muscles while 'Time To Mind' takes things to a darker place, musically speaking. There are times when you feel the songwriting has been slightly neglected in favour of showing of technical ability as on 'Feel The Flow' which doesn't move from the initial dirge or 'Special Place' which sounds like a song about trying to find the clitoris but is actually a fairly bland, over earnest jazz-lite love song. By the time you reach the closing songs of 'Fallin' To The Sky', 'Sail In To The Sun' and 'Easy Sun' there is no denying that Tom Strasser is a technically gifted guitarist and a passable singer but there aren't really any stand-out songs that you can see the mainstream falling in love with. That's not what everyone is aiming for, however, so in the meantime let's just enjoy some good fingering from a talented Austrian. If you catch my drift... 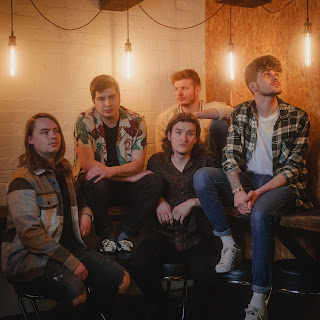 Haytor - 15  Release Date: 27th May 2022 Devon based indie lads Haytor are unleashing new single '15' on the world and it will either make you feel old or nostalgic...or both. Driving guitars, pounding drums and sprinkling of perky keys makes for a thoroughly uplifting melody that will have you dreaming of younger days. Then you get the whistful vocals adding a slight sense of sadness to the mix and you wouldn't be surprised to hear a track of this quality as part of a set by the Killers or the Courteeners. Expect big things from these talented chaps.  More information:  https://www.facebook.com/haytorband Live Dates:  10th June - Single Launch @ Move, Exeter w/Poppyshow + Shake The Geek