Two Italians, a French woman and a guy from Hong Kong walk in to a bar and, well, they rock it. This is Dronningen, the London based quartet with a beautifully international flavour thanks to their personnel and they are back with their second EP, ‘Sugarbox’. Things kick off, in every sense, with ‘Taxi Driver’ – a song that combines the snarl of Gossip with the rock’n’roll of Band Of Skulls and cranks it up to 11 as they take a road trip with Travis Bickle. The buzz-saw guitars continue on ‘White Saliva’ as the relentless drums drive things home and frontwoman Beatrice Bonnano wails through the storm like someone screaming in to a jet engine. On ‘She’s Gone Insane’ the beat and riff pace is breathless as the punk meets garage vibe makes me want to start a tight little circle pit with anyone in the room (currently my cat so, y’know, not gonna happen).

At the end of this EP we come across title track ‘Sugarbox’ which maintains the pace but throws a circular, psyched-out organ riff in for good measure, not to mention the insane(ly good) solo that defies all logic. Frankly, it’s been a long time since I’ve heard an EP so unapologetic about what it is, what it’s saying and where it wants to go which makes this a very strong contender for EP of the year already. Heavy, frenetic and abrasive but oh so melodic and hooky as well. Last year this blog went gaga for new London band Berries but I think Dronningen have come along to play their arch-nemesis role so I think we should just sit back and let battle commence (just to be clear, I don’t know if the bands even now each other but I have a very fertile imagination and I make no apology for that). 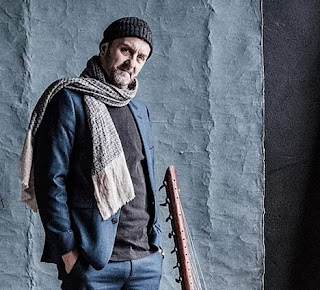 Matt Calder – Language of Your Heart  Release Date: Out Now
Renaissance man Matt Calder has returned from his secret Westcountry retreat with new single ‘Language of Your Heart’ and it is another piece of breathtakingly unique songwriting. With ethereal melodies and almost shamanic vocals, you’d be forgiven for pigeon holing this next to Peter Gabriel’s work but then a pulsating beat and growling bass takes this in a new direction that is more like the Orb. Throw in a captivating video that brings shadow puppetry in to the 21st century (whether it likes it or not) and you’ve got something more akin to a piece of art than a straight forward musical release. Enjoy.
More information: https://www.facebook.com/mattcaldermusic/
Watch the Video: